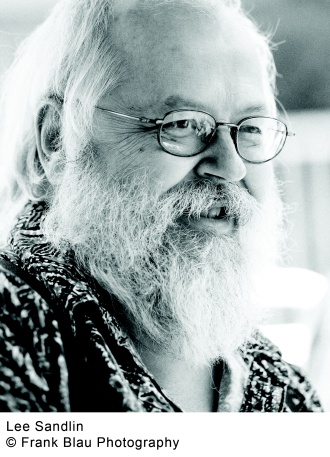 Lee Sandlin is an award-winning journalist and essayist who was born in Highland Park, Illinois, and grew up in the suburbs of Chicago. He briefly attended the University of Chicago and Roosevelt University before leaving school to travel and write. He lives in Chicago.

He has written feature journalism, historical studies, and music reviews on opera and classical works — mostly for the Chicago Reader, where he was also for many years the TV critic. More recently, he has become a frequent contributor to the Wall Street Journal.

His essay “Losing the War,” first appeared in 1997, subtitled "World War II has faded into movies, anecdotes, and archives that nobody cares about anymore. Are we finally losing the war?" It has been on university reading lists and praised in blogs of both anti-war activists and neocon crusaders. A segment was adapted for broadcast by the public radio show “This American Life” and anthologized by its host, Ira Glass in a 2007 collection, “The New Kings of Nonfiction.”

“Saving His Life,” his biography of his father-in-law, a Russian emigre who grew up in China, recently published in a limited edition by Sherwin Beach Press. The Distancers (2004) chronicles the American Midwest of several generations, as reflected in the history of a single house. His most recent works are “Wicked River,” a narrative history of the Mississippi River in the 19th century; “Storm Kings,” a history of tornado chasing; and a revised, expanded version of “The Distancers.” An exhaustive survey of his other interests can be found on the Enthusiasms page.

Lee passed away unexpectedly on December 14, 2014.