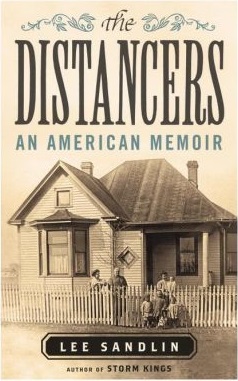 “The Distancers: An American Memoir”
August 13 from Vintage

From the 19th-century immigrants who settled a small Midwestern farm, through the Great Depression and World War II, to the proud aunts and uncles with whom Lee Sandlin spent the summers of his youth, The Distancers is a starkly beautiful story in which the lost details of everyday American life — the home-brewed beer of Prohibition, rail-riding through the Dust Bowl, the forgotten summer pageants of the heartland — are recalled together with the hidden dramas of several generations of an American family. Here is a recreation of a world long since vanished, in which the author learned lifetimes of traditional values, including the essential art of keeping one's distance. 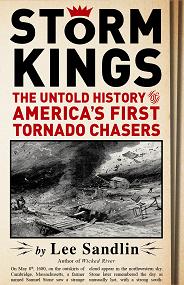 Lee Sandlin retraces America's fascination and unique relationship to tornadoes, and recreates the origins of meteorology, and the quirky, pioneering, weather-obsessed scientists who helped change America.

In Storm Kings, Lee Sandlin retraces America's fascination and unique relationship to tornadoes. From Ben Franklin's early experiments, to "the great storm debates" of the nineteenth century, to heartland life in the early twentieth century, Sandlin shows how tornado chasing helped foster the birth of meteorology, recreating with vivid descriptions some of the most devastating storms in America's history, including the "Tri-State tornado" of 1925 and the Peshtigo "fire tornado," whose deadly path of destruction was left encased in glass. 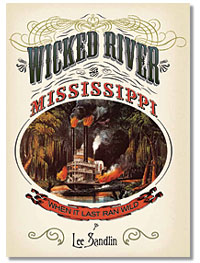 “Wicked River: The Mississippi When It Last Ran Wild”
from Pantheon Books

A riveting narrative look at one of the most colorful, dangerous, and peculiar places in America’s historical landscape: the strange, wonderful, and mysterious Mississippi River of the 19th century.

Beginning in the early 1800s and climaxing with the siege of Vicksburg, Wicked River takes us back to a time before the Mississippi was dredged into a shipping channel, and before Mark Twain romanticized it into myth. Drawing on an array of unique, suspenseful, and bizarre first-hand accounts, Lee Sandlin brings to life a place where river pirates brush elbows with future presidents and religious visionaries share passage with thieves; a world unto itself, where every night, near the levees of the big river towns, hundreds of boats gather to form huge dusk-to-dawn cities dedicated to music, drinking, and gambling. Here is a minute by minute account of Natchez being flattened by a tornado; the harbor in St. Louis crushed by a massive ice floe; hidden, nefarious celebrations of Mardi Gras; the sinking of the Sultana, the worst naval disaster in American history. And here is the Mississippi itself: gorgeous, perilous, unpredictable and unstoppable, lifeblood to the communities that rose and fell along its banks.

An exuberant, vivid work of Americana — at once history, culture, geography-from a writer of rare and illuminating insight and eloquence, Wicked River is a grand epic that shows a forgotten society on the edge of revolutionary change. 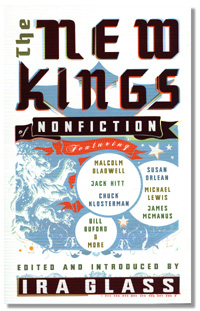 The New Kings of Nonfiction

An extended excerpt from “Losing the War” is anthologized in a new book from Riverhead Press (Penguin), “The New Kings of Nonfiction.”

“The New Kings” is anthology of the best new masters of nonfiction storytelling, personally chosen and introduced by Ira Glass, the producer and host of the award-winning public radio program “This American Life.”

Describing why he selected “Losing the War,” Glass writes, it is “about what it is that makes wartime different and about the particular psychology of being at war. It was a massive historical article, exhaustively researched. Sandlin was interested in World War II — in why it’d been forgotten — and in what exactly had been forgotten. ... He is attempting to redefine everything we think about World War II and all other wars as well.”

The book, he says, is “a collection of stories — some well known, some more obscure — capturing some of the best storytelling of this golden age of nonfiction.” 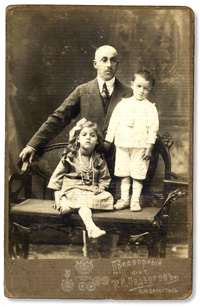 The defining event of Nicks life happened before he was born. The Russian Revolution was one of those vast historical calamities that most Americans have been spared: it was a time when people who never thought of themselves as political, who never thought theyd have to choose sides about anything, were forced to make political choices that could easily cost them their homes, their families, and their lives. This was how it was for Nicks parents.

This is the story of the extraordinary life and bewildering illness of my father-in-law, Russian immigrant Nick Cherniavsky.

Now available in a limited edition from Sherwin Beach Press.