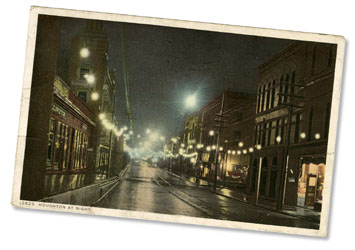 A little while ago I convinced (i.e., dragged at gunpoint) a friend of mine to go to the Gene Siskel Film Center in Chicago and sit through The Conformist, which sounded to her like the Euro-art pretentious drag of all time. When we left the theater, she said I don’t understand why anybody bothered to go on making movies after this one.

Writing reviews, I’ve had to spend a lot of time writing about things I don’t like. So here are some collections of a different kind altogether.

Ten Novels That Not Enough People Have Read

Books That Changed The Way I Thought About Certain Things

Books That, If I Had Not Read, I Would Be Another, Less Interesting Person

Several Movies That Do Not, In Any Way, Shape or Form, Suck