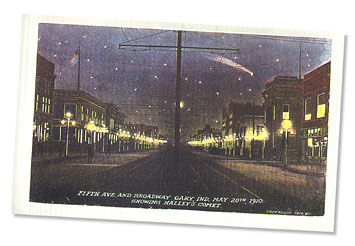 More Than You Need to Know

I write historical essays, based on events that I or people I know are familiar with — the sort of thing that used be called “belles lettres.” My mother-in-law called it lyrical history. It’s also sometimes been called “the poetry of fact.”

I’m not a born reporter. For me, reporting is often an act of desperation: there’s no way of writing some stories without calling people up and asking them to tell me what happened. I’d rather not do that — ever. But still, I realize that everything I’ve collected here does fall under the heading of reportage — or whatever the most generic possible term is for stories about stuff that happened.

That’s even true for most of the reviews — in fact, the concert reviews are probably the purest reporting I’ve ever done, because they’re entirely about what happened when a bunch of people got together in a big room to share a certain peculiar experience. I got grief about this once from a reviewer for one of the big Chicago papers. He told me that I was fundamentally unserious because I wrote about the audience. A true critic, he told me, is interested only in his own responses and ignores everybody and everything else.

By that standard, I’ll never be a true critic. I’m just a guy who writes about stuff that happened. But at least there’s a long tradition of this kind of writing. My model has always been William Hazlitt, who two hundred years ago wrote essays, reviews, travel writings, memoirs, celebrity profiles, rsports reporting — each piece was simply about what happened, and yet each piece, no matter what the subject, reads like an act of total moral engagement. Hazlitt brought everything he knew, and everything he was, to the task of writing about what happened.

And back beyond that, way back, twenty five hundred years ago, the grandest and airiest work of philosophical speculation ever written begins as a plain report of what happened. In fact, it might easily be mistaken for a review:

Yesterday I went down to the Piraeus with Glaucon the Ariston, to make an offering to the Goddess, and also to see their Festival, which they were putting on for the first time this year. I liked the procession, but I think the procession at Thrace is more beautiful...