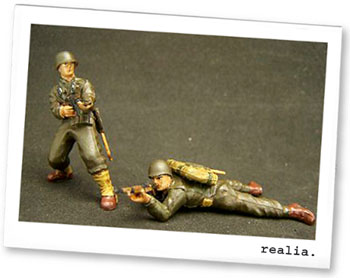 It was as though the earth itself had shifted and all the detritus of an empire had washed ashore.

“Losing the War” has been on university reading lists and praised in blogs of both anti-war activists and neocon crusaders. A 13-minute excerpt aired on This American Life with Ira Glass in 2001.

A chronicle of the American Midwest of several generations, as reflected in the history of this wood frame house in Edwardsville, Illinois.

Originally published in the Chicago Reader as a twelve-part serial in the spring and summer of 2004. This excerpt is from a thoroughly revised and corrected version completed in 2007.

Nick’s vivid history — a collage of exotic adventures, mysterious cities, inexplicable storms and invasions — and the struggle to preserve it before dementia erased his memory.

The story of my father-in-law, who emigrated to the United States in the 1950s. Chicago Reader, July 17 and 24, 1998. Now available as a limited-edition book from Sherwin Beach Press.

World War II has faded into movies, anecdotes, and archives that nobody cares about anymore. Are we finally losing the war?

Chicago Reader, March 7 and 14, 1997. A 13-minute excerpt aired on This American Life with Ira Glass, Sept. 28, 2001 (“War Stories,” episode 195). An extended excerpt is anthologized in The New Kings of Nonfiction. Italian translation available in book form.

“It’s my father’s voice: the Oklahoma twang softened by his years in the Air Force, the provincialism partially covered over by an accretion of expertise; he’s reeling off one more interminable tale of a legal scam, a sharp deal, a guy who’s really got it made.”

The Road to Nowhere

“On Suburbia, the Interstates, and the National Defense: A Confession.”

In a world built for driving, I nearly walked into oblivion.

Referred to by my family and friends as “the cat piece,” this essay grew out of a trip to O’Hare Airport to pick up an air-freighted feline who now makes her home with us. The article is not primarily about the cat, however.

“The view in the mirror was frightening: my eye was swollen and intricately bloodshot. My wife said it looked like it was about to pop out of my head. ... So — for the first time in my life — I called up a doctor because there was something wrong with me.”

End of the Line

“He got on the el at Armitage — an elderly, birdlike man — and took the seat next to mine.”

Just a Weekend in the Big City

“I’ve played these games all my life,” Stan said, “with all kinds of women. And whenever there’s any sexual energy involved, I am a total master.”

The Man Who Edited Melville

“Harrison Hayford and his associates are working to recover and preserve every twitch and quirk of Melville's style, in all its unabridged madness -- everything except his lousy spelling.”

One reader’s advice You may wonder why we provide both Word and text versions. As Chicago Reader Web editor Whet Moser wrote in his blog about one of these pieces: “I advise you to print out the Word document and set aside time to read it, lest you end up engrossed in it at work and get fired on my account.”

Permissions Please feel free to read, save, copy and print out these articles, share them with your friends, and/or to link to this site. It is nice for one’s work to get read. ... Feel free to quote brief excerpts of the articles. That is covered by the Fair Use Doctrine, which is the law of the land. If you would like to republish an article in its entirety, or substantial portions of an article, please contact us.